Jenifer posted a review for Jawaani Jaaneman in Movies

Jawaani Jaaneman is not just a comedy flick, but it has heart felt emotions, a nice fresh story, wonderful message, told in a rather lighter way! The best part of this enjoyable film is the starcast for sure, as each and everyone is perfectly suited for the role they're playing. However, Saif, the highly underrated actor, just blows your mind with his cool acting skills. He's at his best in both the hilarious scenes and serious ones. It's so delightful to watch him on screen! Well, what can I say about this young cute kid, the debutante Alaya? All I want to write here is God bless her with more and more films in Bollywood. She just shines in her part with such a natural performance. Kudos also to her boldness for choosing to play this character in her very first movie, which some other girls of her age would've hesitated to do. Don't get it? I just don't want to spoil it for you. Just watch the film and you'll agree with me! 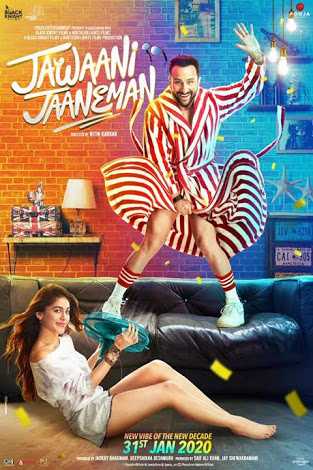 Jenifer posted a review for Panga in Movies

The QUEEN is back & good at what she is known for & she successfully does it... takes a PANGA. After being a brilliant kabbadi player on a state level & then captain of INDIAN kabbadi team she gives it all up for her motherhood.... always encouraged by her loving & helpful husband years later when her 7 year old son comes to know this he encourages & wants her to make a comeback, helped by an old colleague & friend she gets into a transformation mode & things turn for good. A sports film with family values, good music & well written with strong screenplay. ASHWINY IYER TIWARI'S brilliant direction makes it an enjoyable watch & the best part is the climax which makes audience clap with joy. YAGYA BHASIN playing the son is a good find & performs like a seasoned actor. JASSIE GILL makes a good debut in hindi films & gives a great supportive performance. RICHA CHADHA is brilliant be it her language,her dialogue delivery or her screen presence. Also NEENA GUPTA as the mother is good... The HERO definitely is KANGANA RANAUT, she is in a league of her own, has a style & grace & the confidence level is on a high & with a good story & a right director she is THE BEST... Worth taking a PANGA this weekend or even the full week.. 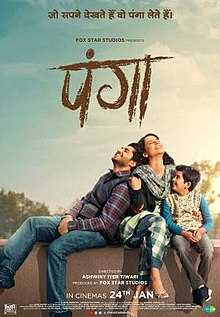 Jenifer posted a review for The Gentlemen in Movies

This movie sneaks up on you like a fox watching some chipmunks and gives chase to another molehole that can't wait to break open to an eagles nest! It is captivating once you get over the crude word I'm sure the English think is a slam, but being a woman, it isn't that funny. The laughs really start coming often about 2/3 into it; and it from there it is letting you know there is more there than you thought possible. All in all, I think it's one of Richie's best. Hugh Grant does a great job and you can never tell who's side he's on. So many questions and the answers are in another ballpark! Go see for yourself when you want a lift. 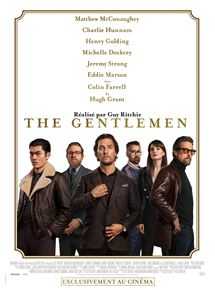 Jenifer posted a review for Bad Boys For Life in Movies

Bad Boys 3 (AKA Bad Boys for Life) does NOT disappoint. The relationship between Will Smith (AKA Mike Lowry) & Martin Lawrence (AKA Marcus Burnett) is as fun and fresh as it was back in 1995, if not fresher. The action is slick and incredibly exciting, with the chase scenes leaving me gasping for breath. All the old characters are back, with some brilliant new additions to show how times have moved on. And oh my god, the soundtrack! If you thought it was good in the first two films, get ready to have your socks blown off by the brilliant atmosphere cooked up in this film. The instantly recognizable bad boys theme is there, combined with some more up to date numbers. I'm going to watch Bad Boys for Life again on DVD, but based on my first viewing i think this is my favourite of the franchise. Absolutely recommend for old and new fans alike! 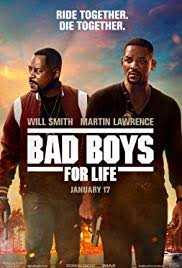 Jenifer posted a review for Tanhaji: The Unsung Warrior in Movies

Watch an epic battle where the stardoms and mannerisms of the actors take a back seat and the film and it’s characters rise much above the real life personas. Cruelty is not larger than life, patriotism is not enforced with hard hitting monologues, fluidity of narrative and characterisation makes the film a compelling watch. Ajay Devgn’s 100th is a landmark, no doubt. From the days of head gears, sneakers and bikes.. he has matured as one of the most bankable actors and he earns respect with his potrayal of Tanhaji again what he earned with his legendary Bhagat Singh’s character... Saif is back at his menacing best. His line in between the eyebrows and smile is enough to send chills. Langda tyagi has some serious competition. There is no point comparing with Ranveer’s khilji, Saif has presented us a breathtaking and stellar show and his combat scenes with his brutal laughters are going to linger on..mujhe Tanhaji chahiye.. Epic The film is shot in 3D which is soothing and undoubtedly better than many recent Hollywood flicks but it’s not the technology, it’s the script and fantastic razor sharp direction which keeps you engrossed and involved. The scene of piercing a wooden block by Tanhaji’s spear is unmissable and a cinematic experience of excellence. Ajay atul Brilliant use of acoustics and tunes absolutely gelling with the feel flavour and flow of the film. Om Raut excels as the director Dialogues enhance the scale and thrust of the film a thousand folds Action is real and doesn’t overpower the flow of the narration of this epic tale. When the two meet each other in the final combat, an action sequence follows which is choreographed with the deepest emotion and finest technique making it worth remembering. 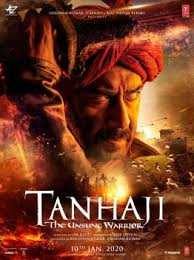