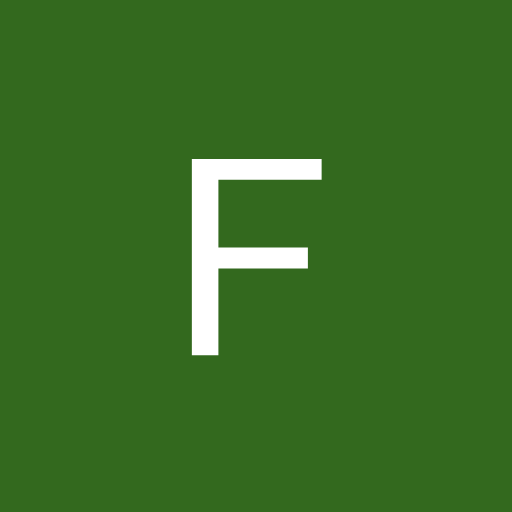 Fleming posted a review for Wrath of Man (2021) in Movies

Sticking to the lower budget roots that got him a start in a big way thanks to Lock, Stock and Two Smoking Barrels and Snatch, Guy Ritchie has followed up his minor but well-received The Gentleman with Wrath of Man, a crime thriller that sees the divisive but entertaining director get his favorite lad Jason Statham back on leading man duties. The last time these two long term friends teamed up was for the near forgotten about Revolver, a film that is actually a lot better than you may remember it being, and Wrath of Man is far more straight forward than that affair, with Ritchie remaking European film Cash Truck to deliver a hard-boiled and gritty 90's like action/thriller that gives Statham some of his best material in years. It may surprise many that this reforming of Ritchie and Statham see's the usually flamboyant director dial things back a notch or two with his hyperkinetic visuals and edits few and far between here and his cockney tinged humor reigned right in as we instead get a mostly humorous free affair following Statham's mysterious H in a new job for a cash truck company that has recently been hit by a deadly heist and seems destined to be targeted once more by a group of elite robbers looking to make a quick buck. With some bleak but atmospheric cinematography from Alan Stewart, some moody and effective scoring from composer Christopher Benstead and some grizzled performances from co-stars Holt McCallany, Jeffrey Donovan, Scott Eastwood and for what feels like the first appearance in eons from Josh Hartnett, Wrath of Man is a solid all round package that benefits from Ritchie's experience hands as he delivers a non-linear examination of what lead H down this new employment path and who exactly is behind a string of well-oiled robberies taking place across Los Angeles. There's certainly nothing new or unique about Wrath of Man's central plot or the moments that litter its runtime, in many ways this the definition of a vengeance/crime thriller rulebook in action but there's a sheen and professionalism on display throughout the film and with Statham having an absolute blast (figuratively and at times literally) being back with one of his longest serving collaborators and with some genuinely great set-pieces that ramp up to a pulse-pounding finale, Wrath of Man may not be top-shelf Ritchie, but its top-class crime thriller fare that will please all genre diehards. Final Say - Refrained Ritchie with just enough pizazz and flair to make you remember whose behind the camera, Wrath of Man is a throwback crime thriller with a killer lead character and some great set-ups, making this a consistently fun and impressively filmed watch without ever doing anything of a true noteworthy nature.

Fleming posted a review for Mortal Kombat (2021) in Movies

Great action and fight choreography as was to be expected from a movie with this title, special effects regarding characters and their abilities were also very well done especially considering the budget constraints this movie had. Storyline was predictable from the beginning and the writing itself isn't gonna win any awards, characters say their catchphrases from the games in key moments of the film, however, one big surprise for me was the character of Kano. He was the biggest and funniest comic relief character in the whole movie, constantly throwing jokes and insults at other characters. Probably one of the funniest, self aware movie characters I've seen in a long time. There are also weird editing jumps in the movie, one moment you're looking at characters interacting and in the next you're looking at something completely different. The movie suffers from a few of these, but given this is the directors first foray into the world of movie making, I'll take that L, most of the other important things were handled with care, If you know what you're getting and your expectations are right, this movie isn't gonna let you down with violence and gore, if you're expecting more then it's gonna be a letdown.

Fleming posted a review for Chhalaang (2020) in Movies

Montu and Neelu’s meet-cute is very oddly written too. A part-time member of an “anti-Romeo” squad who go around beating up couples on Valentine’s Day, Montu (strangely) harasses a middle-aged couple in a park. He even takes a picture of them, and gets it published in the local newspaper under a headline suggesting how today’s youth are bringing back ‘sanskaar’. The couple happen to be Neelu’s parents. And even though Neelu publicly berates Montu (after joining his school as a computer teacher) for what he did, hence clearing the screenwriter’s conscience of depicting the ‘correct’ kind of politics, it’s a situation that’s played entirely for laughs. Montu’s involvement with the fringe outfit is never mentioned again. The makers don’t really care about what they’re showing, as long as it is ‘topical’ and ‘entertaining’. The only thing more convenient than Montu’s sudden change of heart, is Neelu going from being disgusted to saying ‘daaru pilaoge?’ (of course, because she’s a ‘progressive’ small-town girl), all in the span of a Guru Randhawa song.

Fleming posted a review for Laxmii (2020) in Movies

He is a self-proclaimed ‘hard-core lover’ and there are very few things in life Asif wouldn’t do for his spouse of three years. It is this very reason that prompts him to pack his bags and rush off to Daman to patch things up between Rashmi and her family, and maybe procure a place in their hearts for him, too.“He runs granite and marbles business and is a senior member at the Jagoo Aavam committee; they are fighting the superstitious beliefs surrounding ghosts and spirits,” declares Rashmi – proudly – when quizzed about her husband’s profession. So when the neighbourhood kids refuse to play at the adjacent ground because an evil spirit dwells there, Asif, quite expectedly, brushes it off and pledges to play a full IPL game on that abandoned land. Soil nailing, very dramatically, changes the Earth above and beneath – dark, ferocious clouds looming around at an alarming pace, while dried autumn leaves caress the faces. The witch sleeping underneath that piece of turf has been shaken awake, and now, she must follow the culprit home: Asif. Too dramatic? So is the plot of this film, read on. When the spirit does make her way into that home, it’s complete mayhem and madness. Who is it? What does she want? And why is Asif having a little escapade of his own with sarees and bangles? Questions aplenty, answers lie in ‘Laxmii’ – literally and figuratively. What makes or breaks a comedy are its one-liners, the actors’ timing and the relevance of the jokes and where they land. Unfortunately, Akshay Kumar-Kiara Advani starrer ’Laxmii’ has none. The project is ambitious and has cherry-picked an interesting angle to inculcate into the narrative – of the ghost being a transgender with unfinished business – but the execution is over the top and melodramatic even by comedy standards. The first half is laden with random bickering among characters that are flat-out pointless. Masala movie-making man Farhad Samji’s adaptive screenplay has many a loophole and there are inconsistencies that would be criminal to look past. Case in point: If Kiara’s parents are celebrating their 25th anniversary and her character has eloped three years back, how is an evidently much older Deepak (Manu Rishi Chadha) her elder brother? Samji tries hard to hit the bull’s eye with this one by conjuring up chaos at peak moments, but with a cattle farmer being referred to as ‘Hi, cow man! Andar aao,’ there wasn’t much hope whatsoever. Was there? Akshay Kumar’s quite the charmer as a staunch atheist and then a man grappling with demonic possession, but then again, when is he not? And Kiara Advani balances his act out with her sensible demeanour and that pretty smile. Rajesh Sharma as Papa is a henpecked husband trying to convince everyone – and himself really – that he is in charge of his life. But with a tanker of a wife (Ayesha Raza Mishra) and a jagrata-crazed son, Deepak (Manu Rishi Chadha), Sharma portrays the role of an inactive player in denial with comfort. Ayesha Raza Mishra and Ashwini Kalsekar’s Ashwini do all the screaming and hollering; not a single scene squeezes even a mild grin out of the viewers; if that was the intent at all. Raghava Lawrence’s direction feels like an effort to overcompensate for the lack of clarity and humour in its plot; the discomfort and need to polish up is visible and quite obvious. The music rendered by Tanishk Bagchi, Anup Kumar and Shashi-Khushi, though dropped at random intervals, is hummable. Peppy tunes like ‘Burjkhalifa’ and ‘BamBholle’ resonate for their quirkiness (good quirk, that is!). However, the same cannot be said about Amar Mohile’s background score – tepid and misplaced. ‘Laxmii’ sets out to be a satire against age-old beliefs and biases – we get it! – but the insipidness of the narrative and whatever follows thereon, butchers the lessons it originally desires to impart. Looking back, the reiterating catchphrase happens to be ‘Maine kuch nahin dekha… yahaan koi nahin hain’ and that’s the vibe we’re latching on to at the moment.

They took something as cool as a werewolf story and made it boring. Even song of big foot waIt's not some any school john howlington is the only werewolf academy in the world also it's a training academy for the night patrol s at least entertainingJust saw the movie and loved it :P Shippers will have a field day with Freddy and Batty, though xD They will love the new material :PI thought it would be a trashy movie, but it was really fun to watch . A little bit to short, I would really like a second part .