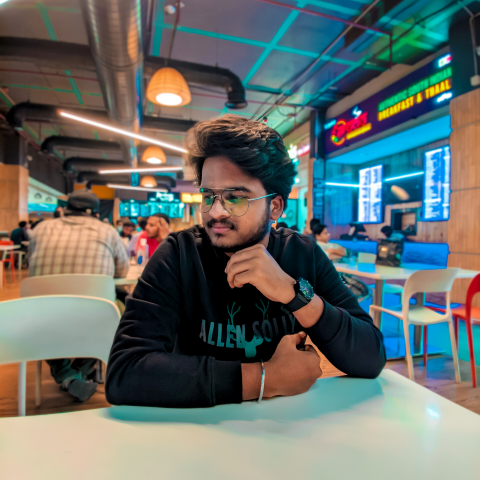 Satish posted a review for Mortal Kombat (2021) in Movies

Mortal kombat 2021 is an enjoyable yet a good film. The character development is a bit rushed but overall pacing is great. It would be a visual treat for mortal kombat fans. The inspiration behind every scene and costume is based on the game. This is by far the best adaptation of the game since it was first released. Classic fight sequences, well balanced focus on back stories and focus on plot at hand. One of the most divisive parts of the movie is contrast between kano and cole. cole is the new character in the movie. Bottom line : This is definitely made for the fans of Mortal Kombat!!

Satish posted a review for The Big Bull (2021) in Movies

Simple review : If you have already watched Scam 1992 , Skip this. If not , It would be better to watch Scam 1992. Coming to abhishek bachhan , his acting looks convincing but the story let's him down. The writer of the film was failed to curate each scene in a detailed manner. Ileana D'Cruz hardly gets any chance in the first half but shines in the second half of the movie. Music is not so bad but ok.

Seriously , the script achieves the famous saying , " The Script is the Star ". Anil kapoor has played some ironic roles in the past but he outdoes himself in this film. He has given such an emotional performance. And there's the stage sequence, perhaps the best scene in the film. i didn't wanna reveal the story for you all but i suggest you to definitely watch this out .It was such a relief for me after watching Coolie no.1. Story was fun , gripping. A must watch!!

Firstly , Coming to the story it was a remake of 1995 Govinda Starrer , also called as Coolie No 1. When you see varu dhawan , who has channeled Govinda in many of his films much better , mouthing almost same lines , there's no laughter but despair ! After watching the first 30 mins of the movie , i can't even continue it and i just played old movie and then i feel somewhat comfortable . Sara has to choose another field and that would be better than this. And the scene involving a child and train is trolled so badly in social media platforms as the way it deserves !

This show is directed by Uttam Domale and produced by Karan Johar. It Stars Seema Khan , Maheep Kapoor , Bhavana pandey and Neelam Kothari soni. Karan Johar make 2 appearances in this show. Coming to the show , it gives us a glimpse of Bollywood's inner circle are these four women are Shown juggling carrers , friendship and family. Even though this show promises us to take inside lives and homes of these women there's hardly anything that catches one's attention . I mean , here we are watching four women who are very close to one another for almost a quarter of a century , there's a weird awkwardness present between them. We don't even get a "behind the glamour " glimpse into the lives of these four wives as per trailer. Karan johar clearly wanted to use this to underline the nepotism debate . So , watch it if you have time to kill!!