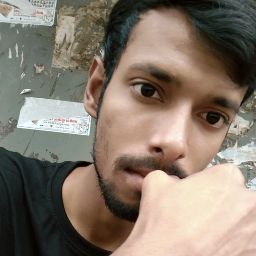 The most awaited series Mirzapur 2. The actor kaleen bhaiya, muna bhaiya and guddu pandit played awesome role. The casting and plot is very good.It's new season takes the story forward as the fight to become the king of Mirzapur continues between Guddu Pandit and Munna Bhaiya. The second season looks a lot more intense, action-packed and bloody. Mirzapur season one received mixed reviews, however, the audience lapped it up.

Scam 1992 : 'The Harshad metha story' does not pronounce guilty verdict on India's first financial sector scamster, but presents us with a morally dubious character and leaves it our sensibilities whether to make him a missiah or a pariah. It is a really good series on Sony LIV app. The actor who played role of Harshad metha has played very well. The casting and plot of the story is very well. This is really must watch series based on stock market!

The level design....the gun handling....the zombie designs themselves....everything about this is what I wanted from Zombie army trilogy. The fast aggressiveness of the first mission Dead arrival is subjugated by a slower more methodical pace as the game goes one....hordes of the undead german soldiers shamble towards you only to be blasted into bits by a well placed explosives or the new OVERKILL shot for rifles (really strong sniper shot) Other times....you need to be fast and aggressive, a new enemy...the suicide general can summon a slew of suiciders to blow up right where your standing...forcing you to adapt...if you don't take him out, the onslaught will never end It's a game I could play over and over, especially on co-op...my only complaint is the fact that there are fewer guns and characters then in Zombie army trilogy, but aside from that...this game is easily a 4/5 for me (might get bumped up when I see what the DLC will be like)

Vikas posted a review for Baaghi 2 in Movies